In case you don’t know what steam is

Steam is an online gaming platform. It enables the user to buy, install, and play a variety of games.  Games and important applications on the software are updated automatically. The platform also provides “in-game voicing” and “chats” facility to users. Steam inaugurated in 2010 and is currently owned by Valve. 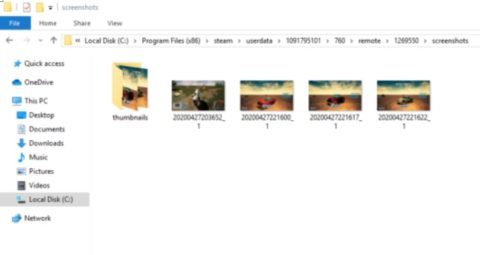 Now I’m going to show you ways to access and change the steam screenshot folders. There are three different ways you can do this. Do check out all the methods and let us know what worked for you.

I have stated several methods that would do the job for you. If one way doesn’t work for you, you’ll always have an alternative.

You can also access your screenshots by locating the steam folder.

directly to your desktop. I’ve further elaborated through the screenshots below.

As you can see I’ve pasted the screenshot folder from its previous folder to the desktop.

Another problem that is often complained regarding steam is that the steam overlay does not open. The real reason behind this is that the Steam overlay feature has not been enabled. No, there’s no rocket science in enabling it! It’s pretty easy, just follow the following steps and you won’t have to worry about the problem again.

Make sure that your hard disk/drive has enough space and not a lot of burden upon it. This might cause a lag in games. Also, try to have your computer clean from any sort of malware and keep your Operating system updated.

How to Take Screenshots on steam?

A brief note: If you want to play your classic android games or use your general play store applications such as Whatsapp, Messenger, Pubg emulator, etc., etc then we recommend, you download Bluestacks.