It is challenging for the users of iPhone or iPad devices to use or run iOS applications on Windows 10 PC. If you’re an Apple device user, you must have experienced a problem while trying to share files from your iPhone or iPad to Windows computers.

In this article, I will provide you with the best iOS emulators that will help you run your iOS applications on your Windows 10 PC. Based on virtual technology, iOS emulators for Windows build an iOS atmosphere. This Virtual technology supports iOS apps available on Apple Store to run on Windows PC. iOS emulators work as mediator software. They allow the host devices (Windows 10 Computer) to work or behave like an iOS device.

There are many iOS emulators, free, and paid are available on the Internet. But, the one(s) which suits your vision and use depends on your needs. Below you will find some of the best iOS emulators which can help you understand and choose the perfect emulator for your Windows 10 PC: 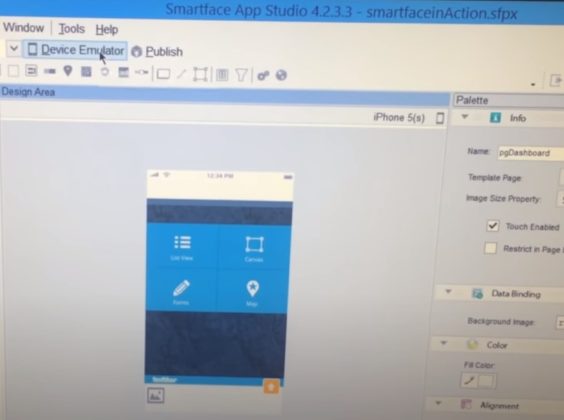 Smartface is among the best iOS emulators. It is a very convenient and easy-to-use mobile development program. Most individuals use this software to run iOS applications on their Windows PCs. SmartFace emulator is available in free and premium plan versions. Furthermore, it comes with powerful and secure features.

The premium plan of the SmartFace emulator starts at $99. You can choose the plan, depending on your necessity. It is in your best interest for you to download first the free version of this emulator. After that, you can upgrade your plan anytime.

The system requirements of the SmartFace Emulator are not too much. You can check them below.

You can download the SmartFace emulator from the link below. 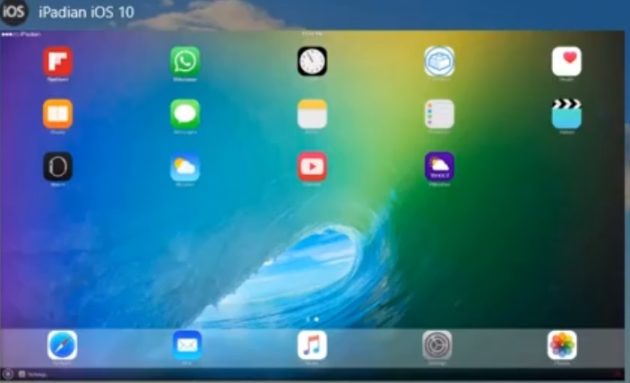 Ipadian is among the popular iOS emulators for Windows PC. It allows users to use Apple applications on their Windows computers. The most interesting thing about this emulator is that it is available with its app store. This app store provides an exploration of many third-party applications.

With Ipadian, you can choose a paid version or free version to enjoy apple apps on your Windows device.

You can download Ipadian emulator from the link below: 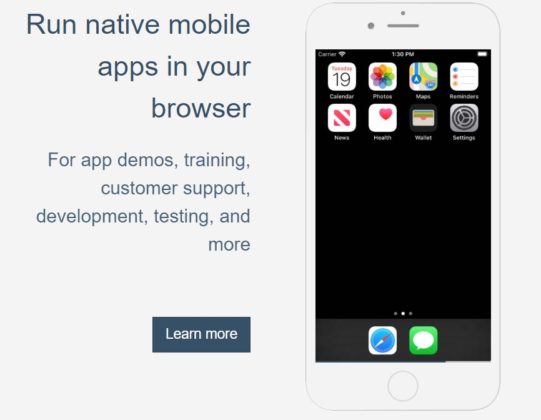 Appetize.io emulator is the best alternative to App.io. It has easy to use interface and uses cloud storage. You can use Appetize.io for free for ninety minutes. After that, you’ll have to choose from various paid programs according to your usage.

To download the Appetize.io emulator, visit the link below:

Xamarin Test Flight is an excellent iOS emulator owned by Apple. It is available with extensive features. These features help in testing and running Apple apps on your Windows PC. Xamarin Test Flight offers extended user support.
It is not easy to get used to this emulator. But once you have familiarised yourself with it, you’ll not get any problems.

You can download and install the Xamarin Test Flight emulator here:

Ripple is an excellent Chrome browser-based emulator. It can be used for sampling all types of iOS software; whether new or old. This emulator is available with exclusive features that most other emulators for Windows PC may not support. You can use this emulator to develop and test iOS apps on your Windows device.

Ripple emulator has a simple user interface. Even though this emulator is still under development, it works pretty well.

You can download the Ripple emulator by visiting Chrome Webstore at:

App.io is an excellent iOS emulator for Windows PC. With the help of this emulator, it is possible to run any iOS app or game on your computer. App.io is by far the best emulator that provides a great environment for app development. However, it takes a lot of time (around 30 minutes) to load and run this application on a computer.

There is a trial version for the App.io emulator, which you can upgrade to a paid version if you are satisfied with it. All you need is synchronizing the ios.appi pack with this emulator and you’re ready to use it. App.io is easy to download, install, and use.

Visit the link below to download the App.io emulator:

What are the Uses of iOS Emulators?

Apart from running iOS applications and games on Windows PCs, iOS emulators have other uses. They include the following:

What is an iOS emulator?

an iOS emulator is a software that allows Windows system to install and run iOS apps or games on it. The users can easily access the iOS apps as well as games in their Windows PCs just like they run on Apple devices. With an iOS emulator, you can simply test run apps to debug them or while developing them.

System emulation is among the reasons why many individuals decide to jailbreak their iPhone and IPad devices. iOS emulators themselves aren’t illegal. It’s difficult to get in trouble for having an emulator installed on your device. However, this doesn’t mean it is completely legal to use an iOS emulator.

Before downloading any of these emulators, ensure you go through their system requirements. Usually, iOS emulators need a lot of space to download and run smoothly on any system. To enjoy the best user experience that’s no different than iPhone or IPad, you must fulfill all the system requirements. Only then you can experience the highest quality of iOS emulator performance on your Windows 10 PC.